China’s number one Xiaomi is soon going to launch a new flagship smartphone Xiaomi 12 Pro 5G in India. The Xiaomi company announced the Xiaomi 12 Pro 5G on the day when the OnePlus 10 Pro was launched. While the stick launch date of this smartphone is yet to be revealed, Amazon India has listed the upcoming Xiaomi flagship on the app platform, with Amazon also confirming that the phone is available for purchase online at the time of sale. Will happen. This smartphone of Xiaomi 12 Pro will be a Snapdragon 8 Gen 1 powered smartphone. Which will give a tough competition to the powerful phones of these famous mobile maker companies already in the market, OnePlus 10 Pro, Samsung Galaxy S22 Ultra, Apple iPhone 13 Pro and Oppo Find X5 Pro. By having the phone listing on Amazon, we get to know that this The smartphone will be launched soon.

Xiaomi company has not yet shared any official information on this smartphone. Xiaomi 12 Pro is shown as “The Showstopper” in its teaser. We can compete this Xiaomi 12 Pro with the OnePlus 10 Pro which was recently launched in India at a starting price of Rs 66,999. From this, some of the price segment of this upcoming flagship phone of Xiaomi can be guessed. Xiaomi first launched its premium budget phone Xiaomi 12 Pro in China. After this the company introduced this smartphone in some other countries as well. The Xiaomi company has completely abandoned the MI brand for premium phones in India. Whereas Redmi has been made a separate brand, which will introduce entry-level and mid-range smartphones in India in the coming times. 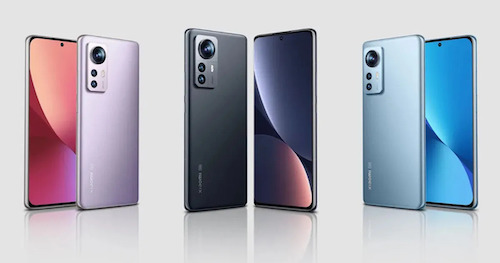 The company’s premium smartphone Xiaomi 12 Pro will soon come to India and the company will reveal its official prices at the event itself. As we already know that in China, the Xiaomi 12 Pro starts at CNY 4,699 and on the other hand the international price of this phone is $999. If we convert these prices to Indian Rupees then it can be expected to go up to Rs 55,100 and Rs 76,000.

Xiaomi 12 Pro is the company’s most high-end smartphone that will be equipped with premium quality features. Xiaomi 12 Pro has a 6.73-inch Quad-HD + LTPO AMOLED display, with premium features like dynamic refresh rate of up to 120 Hz, touch sampling rate of 360 Hz and peak brightness of 1,500 nits. This Xiaomi smartphone Xiaomi 12 Pro could have a top-end Snapdragon 8 Gen 1 processor, which makes Xiaomi 12 Pro one of the fastest phones yet. Up to 12GB of LPDDR5 RAM and up to 256GB of UFS 3.1 storage has also been made available in Xiaomi 12 Pro.

Xiaomi’s premium smartphone Xiaom 12 Pro will come with a three-camera system consisting of a 50-megapixel Sony IMX707 flagship sensor with optical image stabilization, a 50-megapixel sensor for capturing portrait shots, and a third camera with an ultra-wide-angle lens. A 50-megapixel sensor is included. For the secondary camera and selfie camera, there is a 32-megapixel camera inside the punch. Xiaomi 12 Pro will come in the market with 4600 mAh battery which will support charging up to 120W speed. Interestingly, Xiaomi also offers 120W charging on the Mi 11i HyperCharge, which costs Rs 26,999. All kinds of connectivity options are available in the phone, but you also get the option of an IR blaster which gives you the option to control your TV and air conditioner like a remote control.