South Korean smartphone maker Samsung has launched its new smartphone Samsung Galaxy A23 5G on Saturday 06 August. The new Samsung Galaxy A23 5G has been shown listed on Samsung’s official website along with some new specifications and images. This new smartphone has been given a 6.6-inch Full HD Plus display and it has been launched with an octa-core processor. In this smartphone, we have also been given 5,000mAh battery and 50 megapixel super designing camera setup.

According to the photo released after this phone launched by Samsung, this Galaxy A23 5G can be offered in the market in Pink, Blue, White and Black color options. However, Samsung has not yet provided any information about the price and availability of this smartphone. But according to sources, this phone can be expected to be placed somewhere around the price of Samsung Galaxy A22 5G already in the market. Samsung Galaxy A22 5G phone was introduced in the market in July last year with 6 GB RAM and 128 GB storage for Rs 19,999 and the other variant of the same phone with 8 GB RAM and 128 GB storage at a price of Rs 21,999. 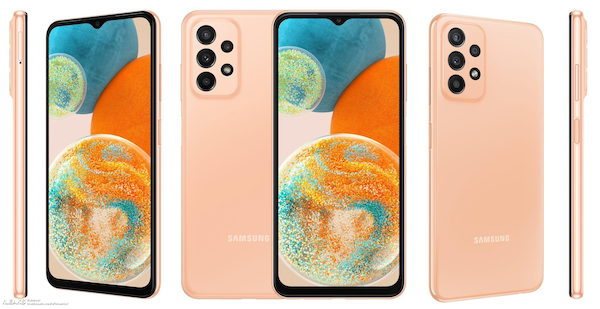 In this new samrtphone Galaxy A23 5G launched by Samsung yesterday, we get a 6.6 inch Full HD Plus display, which comes to us in the market with 90Hz refresh rate. We will be provided this phone with an octa-core processor, this processor will come with One UI 4.1 based on Android 12. We will get up to 128 GB of storage in this phone with up to 8 GB of RAM. We will also be able to increase the storage of this phone up to 1TB with the help of micro SD card.

This new smartphone Samsung Galaxy A23 5G has a 5,000mAh battery and along with this, fast charging support is also available. We are being given Bluetooth v5.1 and dual-band WiFi in this phone for connectivity. If we talk about its other features, then in this phone we will also get gyro sensor, accelerometer, geomagnetic sensor, grip sensor, virtual lighting sensor and virtual proximity sensor. Along with this, we will also be given a fingerprint scanner for security in this phone.

Poco M5 series will be launched in India soon, four cameras will be available at a low price

Poco M5 series will be launched in India soon, four cameras will be available at a low price