China’s smartphone brand manufacturer Poco can launch its Poco M5 series smartphone in India in the coming time. According to the reports received from the BIS website, two smartphones of this phone series Poco M5 and Poco M5s are expected to be launched in the Indian market only. The Poco M5s phone of this series can be a rebranded version of Redmi’s Note 10S. Redmi’s Note 10S phone was launched in India in May last year. According to the reports we received, Poco M5 will work on MIUI 13 OS based on Android 12. Apart from these features, this smartphone will also support 2.4GHz and 5GHz dual-band Wi-Fi systems. 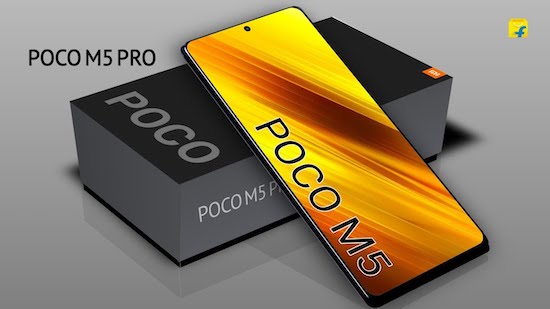 According to the information received from Unknown Sources, Poco’s M5s smartphone can be launched in three storage variants. There will be 3 variants of Poco M5s as follows, first 4 GB RAM + 64 GB storage, second 4 GB RAM + 128 GB storage and third 6 GB RAM + 128 GB storage variant will be introduced in the market. Along with this information has also come to the fore that this phone can be launched only in single blue color.

In this Poco smartphone M5s, we can get to see a 6.43-inch Full HD Plus AMOLED display, this display will come in this phone with 1,080×2,400 pixel resolution and a peak brightness of 1,110 nits. We can also see SGS Law Blue Light Certificate and Corning Gorilla Glass 3 protection in the display of Poco M5s phone.