According to the official Weibo handle of the iQoo company, the iQoo 10 series KPL 2022 could be a gaming machine. iQoo 10 will be launched in the market with punch hole display and thin bezel design. In the photo released by the company, the phone has been shown in shades inspired by BMW Motorsport, which will be given a three-color striped finish and blue color power button like the company’s previous model. In these smartphones, we are also going to get triple rear camera setup with Vivo’s V1+ imaging chip and up to 40x digital zoom. 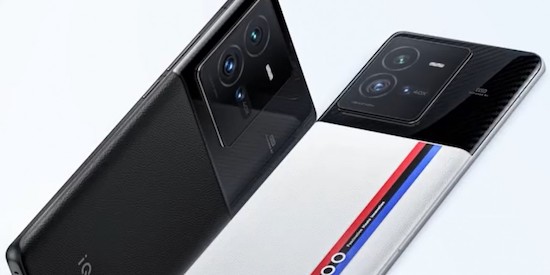 According to the tipster’s report, the iQOO 10 series will sport a 6.78-inch Full HD+ E5 AMOLED display with 120Hz refresh rate. Both these smartphones will work on OriginOS based on Android 12. We are going to get Qualcomm’s latest Snapdragon 8+ Gen 1 processor in these iQOO 10 series.

According to the leaked reports received, this phone is going to be available with three real camera setup, the primary camera of this smartphone will come in the market with 50 megapixel GN5 sensor. The second camera is going to be available with 13 megapixel ultra wide angle and the third camera with 12 megapixel telephoto lens. Talking about the secondary camera, for selfie, we are going to get a 16-megapixel front camera in the iQOO 10 series.

We are going to get a 4,700mAh battery in the iQOO 10 series, which is going to support 120W fast charging. In this smartphone, we are also going to get 50W wireless charging support in the phone. In the iQoo 10 series of smartphones, we are also expected to provide 5G, 4G LTE, Wi-Fi, Bluetooth, GPS / A-GPS, USB Type-C port and in-display fingerprint sensor for connectivity.